Jackie Daly and Matt Cranitch live at Brú na Sí, Youghal. Saturday 16th March 2019 at 8pm. Come and celebrate St Patrick’s weekend with us at Brú na Sí with these masters of music.

END_OF_DOCUMENT_TOKEN_TO_BE_REPLACED

For our June concert event we are delighted to welcome Cordeen, a Button Accordion quartet from Newfoundland and Ireland as part of their tour of Ireland. The group explores the music and song from their native regions in what promises to be fantastic night’s entertainment. 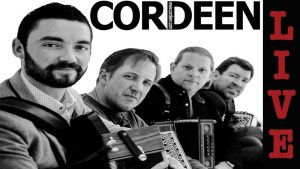 To reserve a ticket, email youghal@comhaltas.net or call 087 793 4504
Tickets can be BOOKED ONLINE via Eventbrite. Please be aware that a credit card charge is applied for tickets sold online.

For more information on Cordeen and their music, take a look at their facebook page, and their website – https://www.cordeen.com/

For our February concert and workshop we are delighted to welcome Caitlín and Ciarán to Brú na Sí. 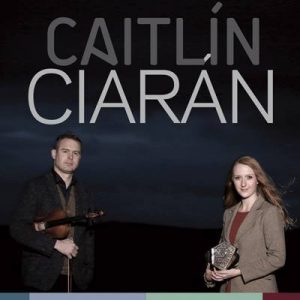 Caitlín Nic Gabhann – concertina / dance
Three time All-Ireland champion on concertina, Caitlín is a regular performer at festivals and in concert halls from North America all the way to Asia. She is also an accomplished dancer and has toured the world with Riverdance as a troupe dancer. Writing tunes since the age of ten, her compositions have been performed in the Cork Opera House and The National Concert Hall, Dublin and recorded by renowned musicians in Ireland and abroad. She teaches concertina annually at summer and winter schools in Ireland, Europe and USA.

Caitlín and Ciarán will be holding a workshop for our young musicians prior to performing. Please contact us to reserve your ticket and note that workshop places are available to musicians of other Comhaltas groups.

To find out more about Caitlín and Cirarán, check out their facebook page. 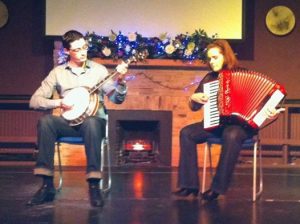 Dr Daithí Kearney is a graduate of University College Cork and currently Programme Director of the BA (Hons) Applied Music at Dundalk Institute of Technology. Best known as a banjo and mandolin player, he also performs and has recorded on piano/keyboards, mandola and as a singer and dancer. A career highlight was a performance for President Obama in The White House on St. Patrick’s Day 2009.

Adèle Commins, Head of Creative Arts, Media and Music at DkIT, is a musicologist and an accomplished piano, piano accordion player and soprano. She has toured internationally with the Ceol Oirghialla Traditional Ensemble facilitating workshops and engaging in performances in America and Brazil.